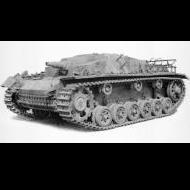 Well its kinda like a certain Tanker on the Allied side that doesn't seem to die where all the other tanks die , and before one hits the despawn button cause exactly that Tanker just killed you with o

So the @KardehKHE fix has been officially neutered by CRS. Great JOB.... on alienating the pb...

then again, let me tell you what the perception of the PB is. no, I am not speaking for myself, any pilot I spoke with has the same perception. Back when the @KardehK"He Fix" was implemented, it