What does it take to collapse a building? 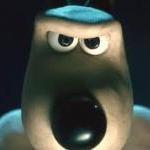 By mode,
May 10 in GAMEPLAY SUPPORT/TRAINING